Weighing up to 4.5 kilograms the Bobuck is the stockiest of the Brushtail possums and more heavily built then the Common Brushtail Possum. The Bobuck is a relatively new species ‘on the block’ only being described in 2002.

Bobuck’s typically occur higher up in wet sclerophyll forest, they have been confirmed to be present in Mount Evelyn but are generally more abundant higher up in the Dandenongs and Yarra Ranges but it appears they do venture down to the lower foothills with a number of confirmed sightings over the years.

Ways to tell the difference between the Bobuck and it’s close relative the Common Brushtail Possum are: 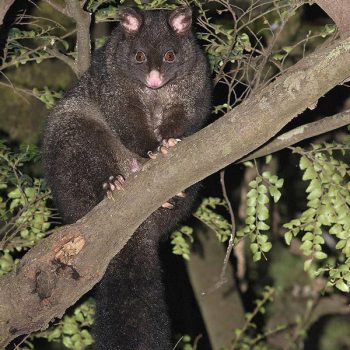