Tom initially came to MEEPPA as a school student but has since joined as a full member and is studying for a Degree in Zoology. He has undertaken his own captive breeding program for Squirrel Gliders and is currently helping with revegetation through MEEPPA’s partnership with Melbourne Water as well as managing his first very popular ‘MEEPPA Night Walk’.

Dedicated, Self-motivated and interested in preserving our rich Natural Heritage he also works closely with Strathallan Glider Sanctuary and Strathallan Family Landcare who have recently expanded their community outreach into the Yarra Valley.

Tom has recently developed his own Glider Squirrel Gliders with Monty and Rose, a breeding pair. Now there are three Squirrel Gliders as MEEPPA members having already met Momo a male which emerged from the pouch in December – an amazing achievement and which shows great promise in his program for the future.

We are in dire need of younger members of Toms calibre as well as members of the younger community in general to step up Now!

And more than ever in view of the terrible destruction wrought on our iconic wildlife during the current fire crisis where over 1,000,000,000 of our animals have perished.

Squirrel Gliders are listed as endangered species in Victoria and is a very close relative of the Sugar Glider and Yellow Bellied Glider found here in Mount Evelyn.

Congratulations Tom – such a worthy recipient.

” It was a great honour for me today to accept a certificate of recognition for my work for the environment at the Yarra Ranges Shire 2020 Australia Day Awards. A big thank you to all my friends and family who have supported me and encouraged me for the last few years especially the Campaspe Squirrel Gliders and Mount Evelyn Environment Protection and Progress Association its been so worthwhile working with such passionate groups and participating in the conservation of some of Victoria’s endangered wildlife thank you!!! 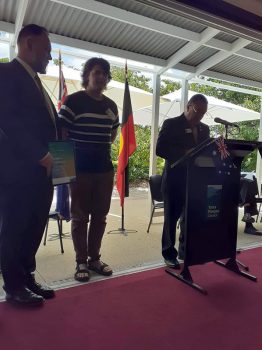 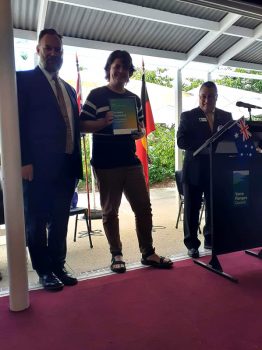