Congratulations Robyn Speering of MEEPPA on being named ‘Environmentalist of the Year’ at the Yarra Ranges Australia Day Awards 2019.

As well as performing the executive role as Treasurer Robyn is always involved in the hands on core activities of MEEPPA from revegetation to bringing environmental and inappropriate developments before Council and the wider community, participating in many contact sessions and meetings with Council officers as well as the wider gamut of all the agencies we are expected to deal with – from Melbourne Water to DELWP etc.

Robyn now joins a select group of our members becoming the 6th. Member of MEEPPA to be granted this prestigious award within the last 20 years – a testament to the hard work that has been achieved over our long and proud history.

Unassuming, patient and empathetic, Robbie is the epitome of the reliable quiet achiever – forever there and someone who always has our back. Such an important member of the team.

The sustainability of Community Groups such as ours would be lost without her conscientious and diligent work when you consider that over the last decade she has administrated funds in the order of $200,000 from our partnerships with SP Ausnet (The OwlLand Reserve), our decade long partnership with Melbourne Water Grants for Riparian Repair (Tramway Rd, Olinda Ck including the Lower Picnic Reserve) and other charitable money’s such as the Beryl Phillips Bequest etc.

In addition to this she also serves as Treasurer of our other associated Environmental Groups such as FoMEA (Friends of The Mount Evelyn Aqueduct).

Congratulations to Our Robbie. 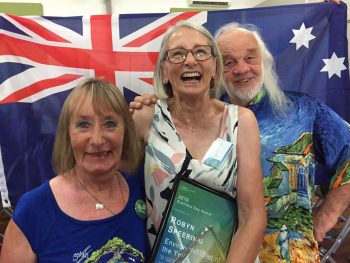 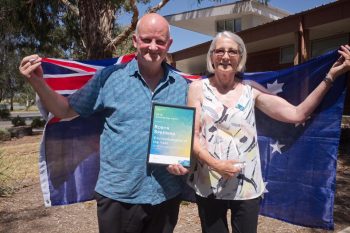