To celebrates Mount Evelyn’s environmental diversity, the latest environmental art sculpture has started to be installed down at Mt Evelyn Picnic and Recreation Reserve on Tramway Rd.

With one of the original chestnut trees succumbing to termites, Mayor Tony Stevenson has been working with MEEPPA and Australian chainsaw champion Rob Bast to create a celebration of the local flora and fauna found around the Reserve. The base of the sculpture will also highlight some of the unique animals found within Olinda Creek, two of which are endemic to Olinda Creek – the Dandenong Freshwater Amphipod and the Olinda Creek Wingless Stonefly.

Today the main section of the sculpture was set into concrete, and over the coming weeks there will be some finishing touches around the base before it is finalised and officially launched.

Over the coming weeks we will be uploading photos of the progress until completion so check back for updates. (Photos by M4Media and Joy Phillips Artist) 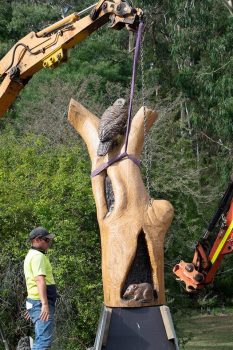 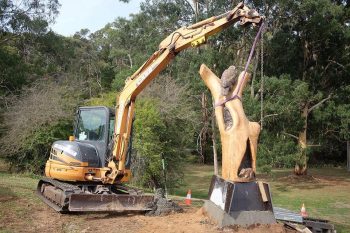 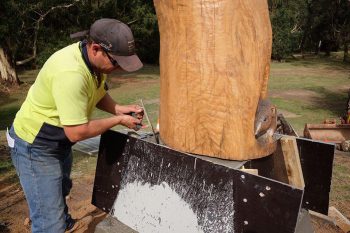 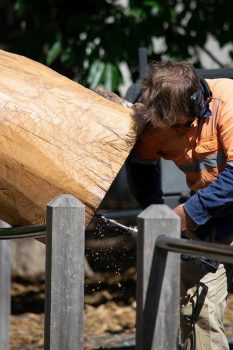 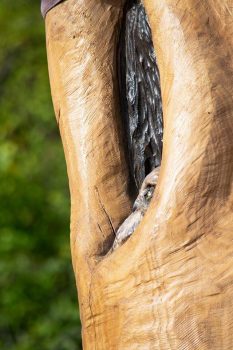 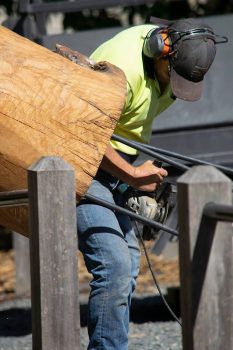 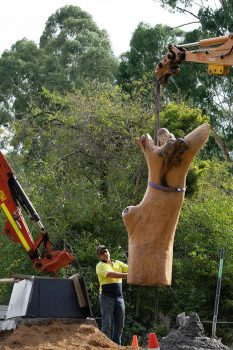 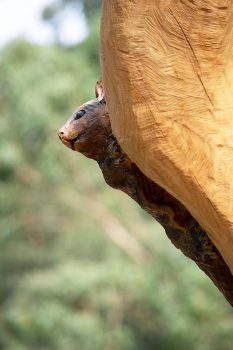 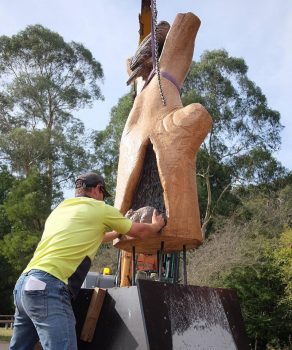 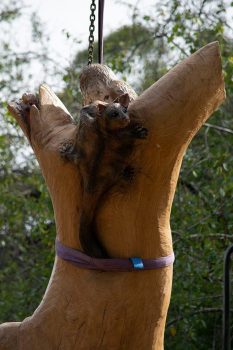 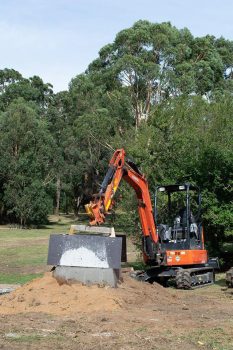 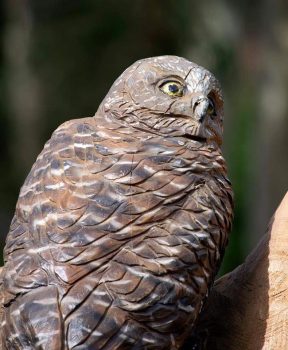 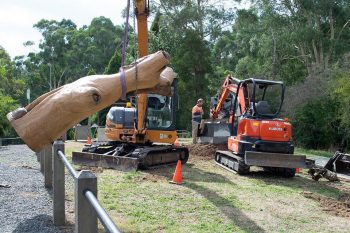 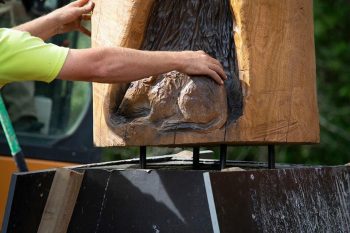 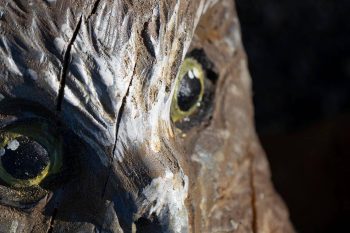 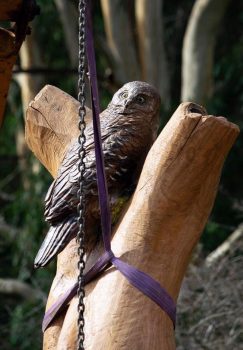